Every year we dump a massive 2.12 billion tons of waste. The waste flows in agricultural industry and rural areas have high share of organic matter, ranging from 40 to 85 percent. Similarly, organic waste accounts for more than 60 percent of MSW in low-income countries. According to the data from FAO, about thirty percents of food produced by world for human consumption are lost or wasted each year, equal to about 1.3 billion tons grain, one trillion dollars economic cost, 700 billion dollars environmental cost and 900 billion dollars social cost. From the estimation of USDA, over 335 million tons of poultry/livestock wastes were produced on farms in USA, about 100 times more manure than the quantity of human sewage sludge processed in US municipal waste water plants. For instance, one dairy farm with twenty-five hundred cows

produces as much waste as a city with about four hundred thousand residents(how to make cow dung fertilizer). Also, the annually average quantity crop residues (the plant material remaining after the plant
is harvested, including leaves, stalks and roots) only in North China is 83.0 Mt (Mt = Mega tonnes), while average amount of total biomass residue of 105.7 Mt in Northeast China. Besides, only in Scotland, there were 2.47 million tonnes household waste generated in the year of 2015. Around 50% of household wastes and 30% of all wastes we throw away are organic, which represents so much wasted resource that fills limited landfill space. All these organic wastes should be regarded as a resource and several appropriate technologies exist for adequate treatment and resource recovery, including composting and granulating for organic fertilizer.

Due to improper processing method and inadequate processing effort, organic waste has led to a series of environmental problems and social issues, including occupying land, polluting water, soil and atmosphere, transmitting disease, causing public health and so forth, affecting the stable and healthy development of economy to some extent. What’s worse, organic wastes contain affluent substance of energy source that can cause secondary pollution as well as huge waste of resources under the traditional process mode (like burying wastes in landfill). In addition, organic wastes can generate methane from anaerobic 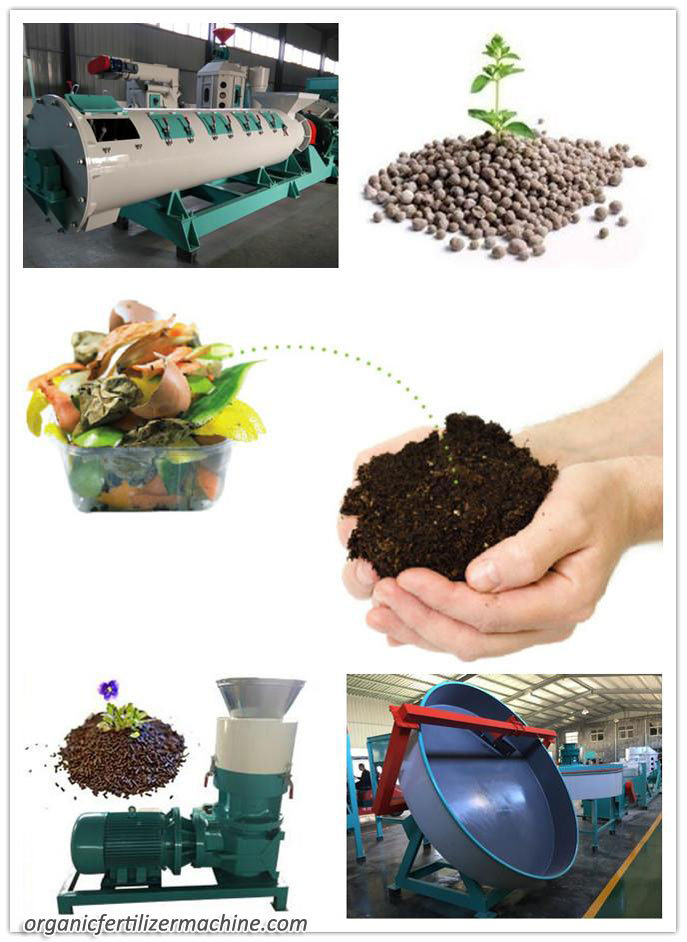 decomposition after dumped in landfill, and the methane would become greenhouse gas (72 times
greenhouse effect higher than CO2) after released into air. Obviously, this processing mode cannot adapt to the developing requirements of current sustainable economy and society.

Fortunately, there are three major methods to use organic waste – for soil improvement, for animal raising and to provide a source of energy. Thereinto, there is a safe and effective method for processing green wastes – using organic fertilizer granulator to granulating organic waste for recycling, not only relieving the pressure on environment but also turning waste into treasure. For instance in Europe, even though more waste is being generated, the total amount of municipal waste landfilled has diminished.  During the past ten years (2005-2015), landfilling has fallen by as much as 5.6 % per year on average. Most organic wastes have been used as crucial raw materials of organic fertilizer production, and turned into organic fertilizer for soil improvement after compost and granulation process. For now, Whirlston can offer three generalized and accepted approaches and machines for the granulation of organic waste, including disc pan granulator, new-type organic fertilizer granulator and flat die pellet mill.